The other day I was thinking about the old poem Footprints in the Sand.  If you aren’t familiar with it, here it is:

Footprints in the Sand

One night I dreamed a dream.
As I was walking along the beach with my Lord.
Across the dark sky flashed scenes from my life.
For each scene, I noticed two sets of footprints in the sand,
One belonging to me and one to my Lord.

After the last scene of my life flashed before me,
I looked back at the footprints in the sand.
I noticed that at many times along the path of my life,
especially at the very lowest and saddest times,
there was only one set of footprints.

This really troubled me, so I asked the Lord about it.
“Lord, you said once I decided to follow you,
You’d walk with me all the way.
But I noticed that during the saddest and most troublesome times of my life,
there was only one set of footprints.
I don’t understand why, when I needed You the most, You would leave me.”

He whispered, “My precious child, I love you and will never leave you
Never, ever, during your trials and testings.
When you saw only one set of footprints,
It was then that I carried you.”

I have always enjoyed this poem.  It is a very inspiring thought that when I am at my weakest, Jesus loves me so much that he would carry me through the trial.

According to scripture (Eph. 5:31-32), marriage is an illustration of the relationship that Christ has with His church.

When your spouse is going through something and the normal burdens of life become too much for them, how do you respond?

How should you respond to these times and stand in the gap for your spouse? 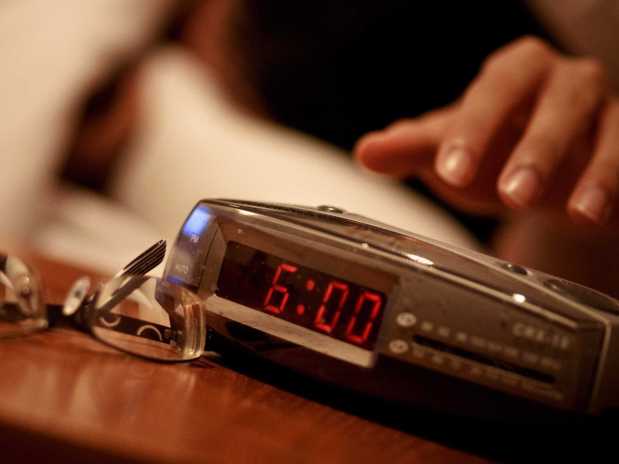 I’m a snooze button fan. Every morning, my alarm goes off and I hit snooze every 5 minutes. Sometimes I do that up to 45 minutes. It’s crazy but it’s what I do. Why even bother setting an alarm if you’re just going to ignore it? One might ask, “why not just set the alarm for the time you are going to get up?” Good question. I don’t know the answer to that one.

A few weeks ago, at church, we started a new series at church called “The Walking Dead”.  One of the key points from the message talked about how we just go through life hitting the snooze button instead of living life to it’s fullest.

I began to think about all the times in my marriage and life that the alarm was going off and I just kept hitting the snooze button.  “I’ll deal with that later” or “I just can’t deal with this right now” and keep snoozing.  Maybe it’s just a false alarm and I’ll “monitor” the situation for a while, right?

How differently would life be if we RESPONDED to the alarms in our life rather than IGNORING them?

I’ve heard story after story from men whose wife had left them.  They admit that they had been completely oblivious to the alarms that had been going off in their life.  Reflecting back, they begin to piece together where they missed the alarm or were hitting the snooze button.

I saw a post on Facebook the other day from a person that thought the oil dipstick was broken in their car and needed to be replaced.  They stated that it wasn’t long enough to reach the oil anymore.  It didn’t take a few minutes for someone to enlighten them that there was nothing wrong with the dipstick, they just needed to add more oil to the car.

You would think that the check oil light (alarm) would have given this person a clue.  However, some people just don’t pay attention and keep snoozing until there is a problem that cannot be resolved.

Rarely ever, in marriage, do disasters happen to you where there was absolutely no warning that the impending doom was upon you.  We just keep ignoring the signs.  Our doctors tell us that we need to adjust our eating habits and exercise or we’re going to have health issues and then we’ll stop for pizza after we leave the doctor’s office.  Some years later, we end up on medication or worse and wonder “How did this happen to me?”.

We really just need to WAKE UP and PAY ATTENTION!

Resolve within yourself to make a Change

Stephen Covey said, “You can’t talk your way out of something that you behave your way into”.

We have to alter the behavior that keeps us from dealing with the alarms in our life.  We ignore the areas that we need to address in our lives and then attempt to talk our way out of them.  It just doesn’t work.

I’m entering a new journey in my life.  I have some minor health issues.  High blood pressure and high cholesterol have crept into my life because I have ignored the signs.  In the coming weeks, I’ll be working diligently to alter the behaviors that have brought me to this place.  I have to retrain myself to stop hitting the snooze button at 5:00 A.M. so that I can get to the gym before work.  That also means that I have to go to bed at a decent hour and say no to some things.

I have to accept the fact that fast-food needs to be replaced with healthier options.  I have to ensure that I prepare my lunch in advance.  It’s a behavior problem.  All behavior problems are learned and therefore can be unlearned with faithful commitment to change.

Ephesians 5:14 “Wake up, sleeper, rise from the dead, and Christ will shine on you.”

This scripture has a new meaning in my life.  I’ve been sleeping too long and it’s time to wake up and allow Christ to shine on my life. 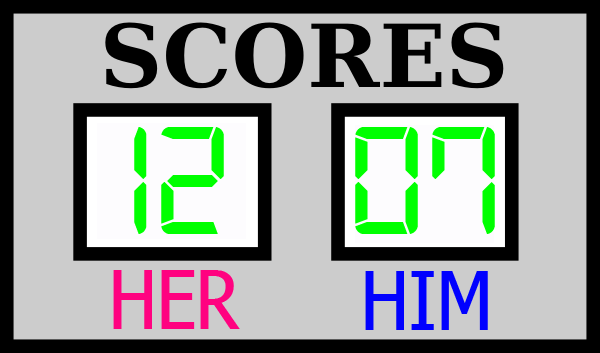 We have released the 7th installment in the series The Unexpected Realities in Marriage.  Since we have moved our blog to the new site, you can find the post here

The week we’re going to discuss the raising of children.  We consider them to be part of the unexpected realities, in marriage. Most parents are not prepared for the changes that children add to their life.  In our experience, the girls shocked and surprised us more than they ever created any real heartache.  They came up with twists and turns that we are not sure any parent could prepare for in advance.  As a couple, we had to learn how to unify our front in dealing with them. END_OF_DOCUMENT_TOKEN_TO_BE_REPLACED 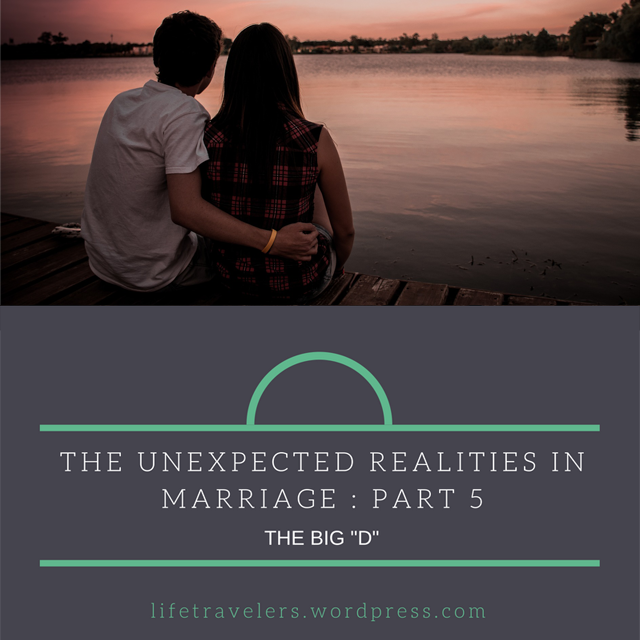 This week we will take on the subject of divorce.  It is a big nasty topic that affects 1.2 million marriages annually in the United States alone.  No one is immune to its sting and a large percentage of people have been through a divorce or have family members who have been divorced.  Divorce is like a war. Though both parties involved may survive, nobody wins and everyone loses.

In 1991, we committed our lives to Christ.  I (Tim) began working in the ministry, within a year, as I had felt the calling from God.  In 1994, I became an ordained minister.  I served the church through music ministry and youth ministry. END_OF_DOCUMENT_TOKEN_TO_BE_REPLACED

This week we are going to expand on Great Sexpectations, and talk about Intimacy in Marriage. We want to keep our conversation focused on progressing forward in your relationships and not getting bogged down in guilt and shame.  Guilt and shame are not of God but are used by the enemy to keep you from reaching your full Godly potential in your marriage.  The Holy Spirit convicts us of sin in order to lead us closer to God; not to bury us under the weight of our sin.

Everything God created, He did for a specific purpose and called it good.

God created sex!  It is not dirty or taboo.  It is not some forbidden act that God allows us to do, while He turns His back.  It is also not intended for the exclusive use of reproduction. Reproduction can be a result of intimacy in marriage but it is not the sole purpose of it.  God looked at all that He created and said that it was good. He created man and woman with the physical ability and desire to be sexual and still called it good.  Sex is good! God said so and He cannot lie. END_OF_DOCUMENT_TOKEN_TO_BE_REPLACED

We continue our discussion this week on expectations vs reality.  We are going to branch off into the area of sexual expectations that we will call “Great Sexpectations”.  I know all too well that this is a taboo subject in our culture (Christian America).  The varying opinions concerning the sexual topic are as numerous as the stars in the sky.  Though we do our best to not be offensive, we will not apologize for speaking the truth.  We will be speaking very openly to ensure that we are clear in our message.  Let’s get started.

How do we develop our sexual expectations before we get married?

There is no doubt that everyone has some kind of expectation, as they enter marriage, about what the sex life should be like.  There seems to be some natural phenomenon built into human nature to attract to a partner sexually that begins with puberty.  Certain body parts begin developing in a new way and our hormones start driving themselves.  Obviously, the experience differs between males and females and also varies within the same gender role. But, something is certainly changing in our bodies in this period of our life. END_OF_DOCUMENT_TOKEN_TO_BE_REPLACED

In marriage, there is often a gap between expectations and reality. This week, in part 2 of “The Unexpected Realities in Marriage”, we talk about some things that you can do to overcome these breakdowns and improve the quality of your relationship. We would love to hear from you on this topic. Leave us a comment below or send us a private message.  Let’s get started:

Wife: Will you wash the dishes?
Husband: I mowed the lawn and washed the cars today…
Wife: Honey, I can’t cook, do the laundry, take care of the kids, do all the shopping, and everything else around here!  I need some help!
Husband: I do help out around here.  I work hard every day to provide for our family.
Wife: I didn’t say that you don’t “provide for our family”.  I said I need help around the home. I work too you know.
Husband: I fixed the broken sink the other day.  I do help around here.  You act like I don’t do anything.
Wife: Oh I know you do stuff around here.  You watch a lot of TV, leave your laundry on the floor, leave your dishes on the table, and…

And there we go, the fight just launched into orbit.  Does this conversation sound familiar to you?  If you have been married more than a week, then you have most likely experienced this type of conversation or something similar.   END_OF_DOCUMENT_TOKEN_TO_BE_REPLACED

Most of the struggles and disappointments that have taken place in our marriage have dealt with the difference between expectations and reality.  We have had many conversations, in our relationship building process, dealing with the gap between these two points.